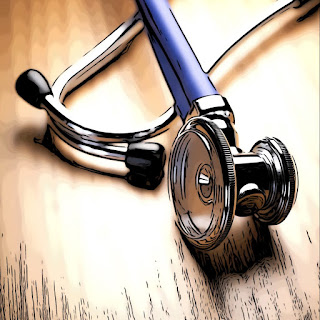 KC is a recent medical school graduate, who is doing her transitional year and advanced residency in Physical Medicine and Rehabilitation in Pennsylvania. She loves sports (both playing and watching) and is excited to be making a career out of treating athletes. In medical school, she played intramural volleyball, softball, football, and floor hockey—her women’s floor hockey team were the intramural champions for 2 years! KC is also a foodie and loves trying all sorts of new vegetarian foods. One day she hopes to open a restaurant, after being inspired by a cardiologist at her hospital who started a vegan restaurant focused on heart health. Despite her medical education on nutrition, KC still has a special place in her heart for Taco Bell. She loves all sorts of museums and often listens to an art history podcast called ArtCurious during drives to and from the hospital.

1. What has your experience been like as an Asian in America?

Growing up as an Asian in the Bay Area has been a truly unique experience. Given the large number of Asians concentrated in my hometown, I believe my experiences have definitely been atypical when compared to the experiences of Asians in the rest of the States. I was very thankful to have a very "normal" childhood, where I would go outside and play, participate in sports, and do some extracurriculars on the side. But, as soon as I started high school, I was in a whirlwind. I realized that I had to ramp up every aspect of my life to keep up with my peers. Whether it was joining speech and debate, volunteering, or taking college level classes as a high school student, I really began to experience the intense competition in a pressure cooker setting. Despite the many sleepless nights and long days, I was thankful not to have many of the problems that Asians face in America, such as racial stereotyping, given that a majority of my AP classes were Asian. The worst of it for me was being told that I was good at math, which ironically is not true. However, when it came to college applications, that was when I firsthand saw some of the disadvantages that Asians face in America. Many of my friends, all Asian, were stellar applicants; however, they were not able to secure a place at many of the top UC schools. In the past few years, it has been interesting to see the many lawsuits against top universities by the U.S. Department of Justice to investigate discrimination against Asian American applicants.

2. Why did you decide to go to medical school? Did you always plan to apply? How much influence did being Asian or having Asian parents play in your decision?

I made my decision to apply to medical school when I was eight years old. My uncle was a doctor and a wonderful role model whom I wanted to emulate in every way possible. In high school, I discovered that I was better at biology than math, and that definitely helped my decision to go into the medical field. I think my parents may have dropped some hints, but they definitely did not push me one way or the other. I think they just wanted to make sure that I had a career that would guarantee financial stability. They were more than happy that I had chosen to be a doctor at a young age.

3. What was your strategy to get into med school? Can you describe the process, what you feel you did right, and what you could have done better?

I spent a significant amount of time researching what successful medical school applicants had done to get into medical school. For me, it boiled down to five things: grades, MCAT, research, volunteerism and clinical experience. A successful applicant has to have proficiency in each of these categories to be considered for an interview. After being a part of medical school committees, I learned that many medical schools will weed out applicants merely based on grades and MCAT scores, so those two are of the upmost importance. However, research, volunteerism, and clinical experience are also important, as I have seen some applicants with stellar scores rejected over average applicants with stellar extracurriculars. As the oldest child (a.k.a. the experimental child), I had to learn about the application process for myself before passing down my knowledge to my sister who also successfully applied to medical school. I was definitely able to touch up on each of these categories, but, in retrospect, I wish I had expanded further upon my clinical experience in college. As a senior, I had become a certified EMT. Being an EMT taught me many critical skills of being a doctor, such as taking a history, doing a physical exam, creating an assessment and plan, and working with other healthcare professionals. I wish I had started this as a freshman, like my sister, to gain additional clinical experience and to be a more well-rounded applicant.

4. How did you study for the MCAT?

I studied for the MCAT during the summer of my junior year. I attended The Berkeley Review boot camp, while taking another summer course. I would highly recommend against doing that. The Berkeley Review is very intensive and very thorough but requires a great deal of independent study.

5. How did you choose which schools to apply to?

6. How are you financing medical school?

I was fortunate enough to receive a very large scholarship from medical school. What isn’t covered by the scholarship has been paid for by my parents.

7. How do you think Asians are perceived in medical school?

I think the stereotype that Asians are very intelligent is pervasive throughout medical school. However, I found it interesting that at my medical school, this stereotype is not brought up very often. My school requires mandatory attendance of 70% of classes to receive an honors grade, so all of my classmates had the opportunity to get to know each other, and we all realized that each one of us is very intelligent and in medical school for a reason.

8. What are some common misconceptions about what med school is like?

I think many people believe that going to medical school means that you will no longer have a life or time for hobbies. Thankfully, this is not true. During medical school I had the opportunity to take trips, watch all of my TV shows, try new restaurants, and play several intramural sports. Another misconception that I had before coming to medical school was that all the attending physicians will humiliate medical students by asking them tough questions and writing them hard. However, that is definitely not the case. During some rotations, such as surgery and OB/GYN, there will be physicians that will “pimp” you, but most of the physicians I have worked with are genuinely nice people who are invested in your learning.

9. How would you describe what med school is really like to someone with no idea? What’s a typical day like as a med student? Is there one?

Medical school is divided into two parts. A majority of the first two years will be lecture hall-style learning about the basics of medicine, including biochemistry, anatomy, and organ systems. These are called the “pre-clinical years.” Most medical schools do not have an attendance policy, so many students will stream lectures online and go to mandatory anatomy lab sessions. The first two years require a great deal of book learning. The typical day will resemble a college student's day, where they attend classes and then come home to study.

In most cases, students will take a daunting board exam called Step 1 in between the second and third years of medical school. The third and fourth years are the “clinical years”. This is where medical students will go to the hospital and learn how to take care of patients as part of a healthcare team. Students are required to complete several rotations, including internal medicine, surgery, pediatrics, OB/GYN, family medicine, and psychiatry to name a few. During the third year is when most students solidify what field they will be pursuing. Often, medical students will change their mind. For example, I was intent on becoming an orthopedic surgeon starting my first year; however, I realized that lifestyle was important to me, so I changed my field to rehabilitation medicine, which will allow me to work with a desired patient population and still have time to go home and relax. In the third and fourth years, there is no typical day, as each rotation has different requirements. For example, during my surgery rotation I would be at the hospital around 4:30 to 5 AM and leave the hospital anytime between 6 to 8 PM. However during my psychiatry rotation, I would arrive at the hospital around 9 AM and leave around 2 PM. Some of these rotations also require night shifts.

10. What has been the toughest moment for you in med school so far? The happiest?

The toughest thing I have had to do in medical school is take Step 1. This is the first major board exam that medical students take, and it is very daunting because students have never done anything like this. It is a grueling eight-hour exam that tests the pre-clinical knowledge learned in the first two years of medical school. Most students take somewhere between 4 to 6 weeks to prepare for it. The preparation usually entails completing blocks of questions from an exam bank and testing knowledge on weekends with practice exams. I was so stressed for this exam that I developed a gastric ulcer and had my first panic attack. The dean of my medical school had a funny saying: “Step 1 is like a kidney stone; all you have to do is pass it.” It is definitely a very painful kidney stone to pass. Conversely, I think one of my happiest moments would have been receiving my Step 1 score. I would also rank matching into my top residency program to be the happiest moment of medical school. To explain this to a layman, the entire culmination of medical school can be centered on 2 days - March 11, when students find out if they matched into a residency and March 15, when students find out where they matched. Everything that is done in medical school is done with the sole purpose of matching into a residency program of choice. When students are finally at that moment when they have an envelope in their hand that will reveal where they will spend the next 3-7 years of their life, it is all very surreal. 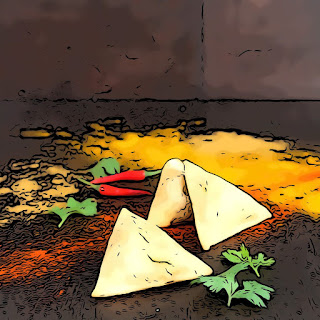 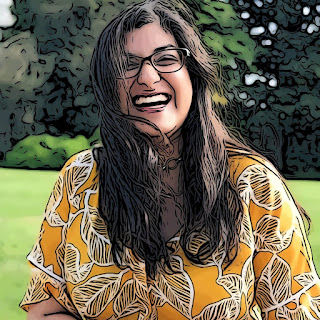